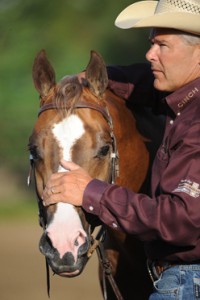 Bob Avila has called the American Quarter Horse his obsession for over 35 years. That obsession has led Bob to accomplish a record to be marveled.

With over 37 World Champion or Reserve World Champion titles in events ranging from performance to halter, Bob is acknowledged by his peers as one of the most versatile and accomplished horsemen. From being the first recipient of the AQHA Professional Horseman to capturing the prestigious title of World’s Greatest Horseman—twice—Bob has gone on to win in excess of $1.7 million!

Bob was born in Northern California, and from the beginning his love of horses was inevitable. Both of his parents, Don and Pat, instilled his devotion to the horse and to showing horses, which continues today.

Currently, Bob resides in Temecula, CA with his wife Dana. It is from there that he oversees his Avila Training Stables operation, which includes breeding and sales.

Be a Smart Horse Buyer: A Guide to Avoiding Common Mistakes and Finding the Right Horse for You