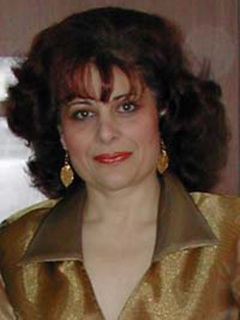 CeCe Maddlone’s love affair with performance and horses began at the tender age of three, when she began her formal training in art, dance, riding, and music. As a member of a family filled with professional musicians, opera singers, artists and educators, the performance arts became second nature to her. Her formative years were spent studying piano, ballet, and choreography with instructors from the Royal Ballet, American Ballet Theater, Martha Graham, David Howard, Melissa Hayden, and Merce Cunningham, to name but a few. At 12, she began performing, demonstrating, and teaching as part of her dance apprenticeship with the Minnesota Dance Theatre. Her formal education naturally progressed to Theater Arts, where she was nominated for the Irene Ryan Award and placed number one in her region during the URTA (University Resident Theater Association) competitions. Although she was offered several university fellowships to teach and continue on with her graduate studies in Theater Arts and Dance, Ms. Maddlone decided to continue performing and teaching in the private sector, ultimately moving into the business world as a Corporate Trainer and Director of Marketing. She has choreographed for professional and amateur productions alike, as well as directed and staged numerous fashion shows and TV commercials. Ms. Maddlone is currently producing the original Rhythm Riding Series for EquiChord as well as collaborating on several articles, books, and DVDs.

Her ongoing passion for horses and Dressage has always played an integral part in her experiences. Dancing on horseback and creating dances with horses is the natural evolution of a lifetime. 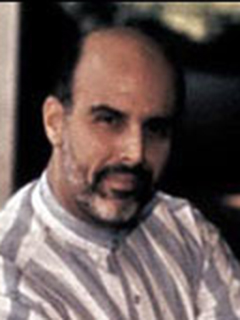 Frank Maddlone is truly one of the rare renaissance men. He began his formal musical studies in 1970 at the Conservatory of Music in Puerto Rico under the tutelage of such musical luminaries as Angeles Otein, Sergie Rainis, and Pablo Casals. Although his primary studies were as a classically trained singer, Frank opted for a degree in music education, receiving his B.A. in 1975. After moving to Los Angeles in 1979 where he worked as a bilingual elementary education teacher, Frank began to pursue his interests in technology, receiving a certification in computer programming and design in 1984. That same year, Frank partnered with the award-winning composer and producer Marco Marinangeli and formed MarMadd Music, a studio that was at the forefront of musical computer composition and engineering. With their unique combination of live instrumentation and cutting edge technology, they worked in the music industry on a variety of film and television projects, as well as with several solo artists both here and abroad. In 1987, they were the recipients of the OTI Music Award in Los Angeles. In 1993, Frank established TechnaChord as an independent technology consultancy firm reporting on the emerging portable technology markets. His writings have been showcased on FoxPop.com and CNN, and was a guest speaker at such venues as the CTIA, DCI, Field Force Automation, MobileVillage’s Technology Expo, and PC Expo. Since its inception, TechnaChord has evolved into a collaborative creative trust with alliance partners located in Los Angeles and Southern Maryland. Its purpose is to merge the availability and innovation of technology with the creative aspects of musical and multimedia production. Some of TechnaChord’s more recent collaborative projects include an educational children’s music CD for Fisher-Price, and a practice CD with all original music designed as part of EquiChord’s Rhythm Riding Training Series.

For the past several years, Frank has been working on a series of books whose subjects range from ethics in technology to education. His passion for music and computers collided with his wife’s passion for dance and horses, and he has since been collaborating in the development of new and innovative musical projects for the equestrian community in the area of dressage freestyle. Frank has been an active member of ASCAP (American Society of Composers, Authors and Publishers) for over 23 years, as well as a member of SIAE (Societa Italiana degli Autori ed Editori). He has also held the office of chapter president for the MENC (Music Educators National Conference)