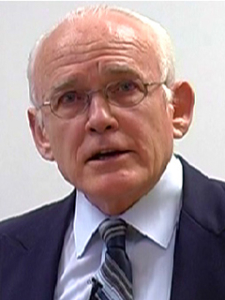 Erik Herbermann was born in Amsterdam in 1945. At an early age, he moved with his family to Johannesburg and ten years later to Canada. His initial equestrian training was with Patricia Salt FBHS, herself a pupil of Richard Wätjen and Oberbereiter Lindenbauer at the Spanish Riding School. Subsequently, he studied under the celebrated classical riding teacher, Egon von Neindorff.

Now residing in the USA, Erik Herbermann devotes much of his time to lecturing, teaching, and conducting clinics internationally. As well as producing three editions of his perennial bestseller Dressage Formula, and narrating an audio version of its third edition, he has also written numerous articles for equestrian publications in the US, Holland, and Canada. Now, after more than twenty years since Dressage Formula first appeared, he has produced the long awaited A Horseman’s Notes.

Erik Herbermann is a staunch advocate of classical ideals, and his ideology is based on an objective study of the horse’s nature, which seeks the depth of understanding and quality of work perceived in the greatest of Renaissance Masters. In common with these luminaries he views equitation as a self-improving art, rooted in the utmost of affection and respect for the horse.