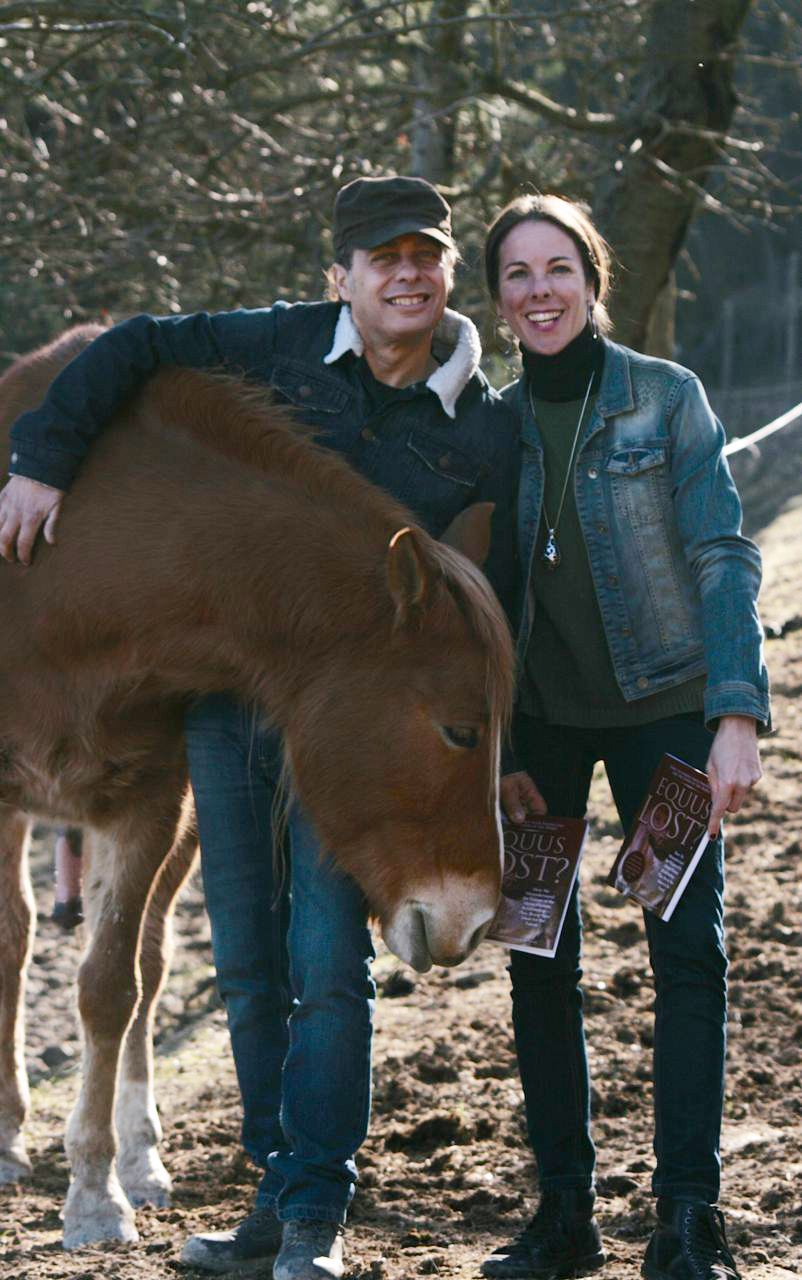 Born in 1965 in Italy, Francesco De Giorgio is a forward-thinker when it comes to animal ethics, as well as a biologist, ethologist, and applied behavioral researcher. Francesco is a member of the Ethics Commitee of the ISAE (International Society of Applied Ethology), specializing in equine and canine ethology. He is also founder, developer, and facilitator at Learning Animals, a study center for ethology and zooanthropology (see p. 134), where he focuses principally on the study of animal-human interaction, ethics, animal personal growth, and rehabilitation. Graduating from Parma University in 1989, Francesco began his career as an independent field researcher, supporting several universities while indulging his lifelong passion for horses and dogs as an Equine and Canine Learning Professional (helping owners enhance their relationships with animals). Described by the International School of Ethology (Erice, Italy) Director Danilo Mainardi as “a man who works with his head and his heart and his hands,” Francesco “walks the walk and talks the talk,” integrating scientific knowledge into ethical day-to-day practice. An expert in equine and canine welfare, Francesco provides expert support for institutions occupied with animal health and welfare, has served on a number of ethics committees, and acts as an advisor to courts, police, and equine rehabilitation centers in animal abuse cases and rehabilitation post-abuse. Much sought-after as both a speaker and lecturer, Francesco presents regularly on the topic of cognitive ethology in the animal-human relationship. He also teaches at several universities and has presented to numerous conferences and symposia on ethology, cognition, and zooanthropology. This is his second book.

Francesco’s partner in both life and work, Dutch-born José De Giorgio- Schoorl personifies the bridge between equine perception and human understanding. A shared passion for horses and keen insight in social dynamics brought Francesco and José together, and today they live in the Netherlands with their eight horse companions, four dogs, and two cats. After many years as an adviser and personal development consultant, José is today a renowned proponent of the zooanthropological approach. As a consultant and teacher at Learning Animals, José strives to improve people’s understanding of cognition and relationship dynamics, and in so doing to enhance their relationship with animals. Contending that a firm grasp of equine cognition is the vital first step to understanding horse behavior, José inspires and promotes fresh thinking via her writing and her lectures, creating effective personal growth trajectories for individuals through free interaction with horses. She has presented to conferences and symposia throughout Europe.

Equus Lost? How We Misunderstand the Nature of the Horse-Human Relationship—Plus Brave New Ideas for the Future