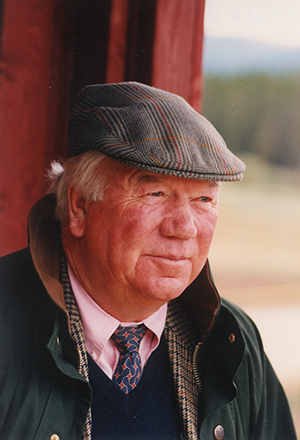 Jack Le Goff (1931–2009) was a French equestrian, best known as the coach of the American eventing team from 1970 to 1984. He coached the team to multiple international championships, winning 18 international medals, including several in the Olympics. Le Goff is known for having a large impact on the American eventing world, and the era in which he coached has been called the “Golden Era” for American equestrianism.

Prior to becoming an American coach, Le Goff served in the French Army and competed in three-day eventing for France. He rode in the 1960 Summer Olympics, winning a team bronze medal, and the 1964 Summer Olympics, where he did not win a medal. He subsequently acted as the coach for the French national team, winning multiple regional and international medals. After retiring as the American coach, he acted as a consultant to the United States Equestrian Team (USET) for finding new riders, helped to coach the Canadian national team, and served as the director for the USET Training Center. He also served the Federation Equestre Internationale as an eventing judge, committee member, and Olympic appeals judge.